I Want My Heart To Be Right

INDONESIA A Gang leader's prayer for spiritual healing. Mr. Jerry grew up as a rebellious child of a military officer in Makassar, Indonesia. He fought a lot during his teenage years and soon became a famous gang leader in the city. Even though he was raised a Muslim, as a gang member he became … END_OF_DOCUMENT_TOKEN_TO_BE_REPLACED 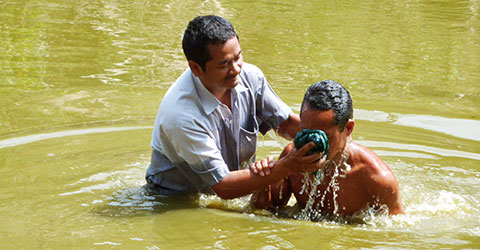